As lifelong mentors, our coaches are dedicated to our players and use positive reinforcement when instructing. We only bring on the best of the best to coach our players, and each coach is dedicated solely to one team. Most of our coaches have played at a professional and international level (some still playing professionally). They are mostly young, passionate, and hands on, and are able to demonstrate all skills and exercises at an elite level. Having once started where our players are starting, they are able to relate and make training more enjoyable, while also emphasizing key points and ideas. Additionally, our coaches have connections at colleges of all levels and with professional clubs around the world. We will use these connections to provide opportunities for our players, helping them succeed both on and off the field.

Learn more about our soccer academy by filling out our contact form. 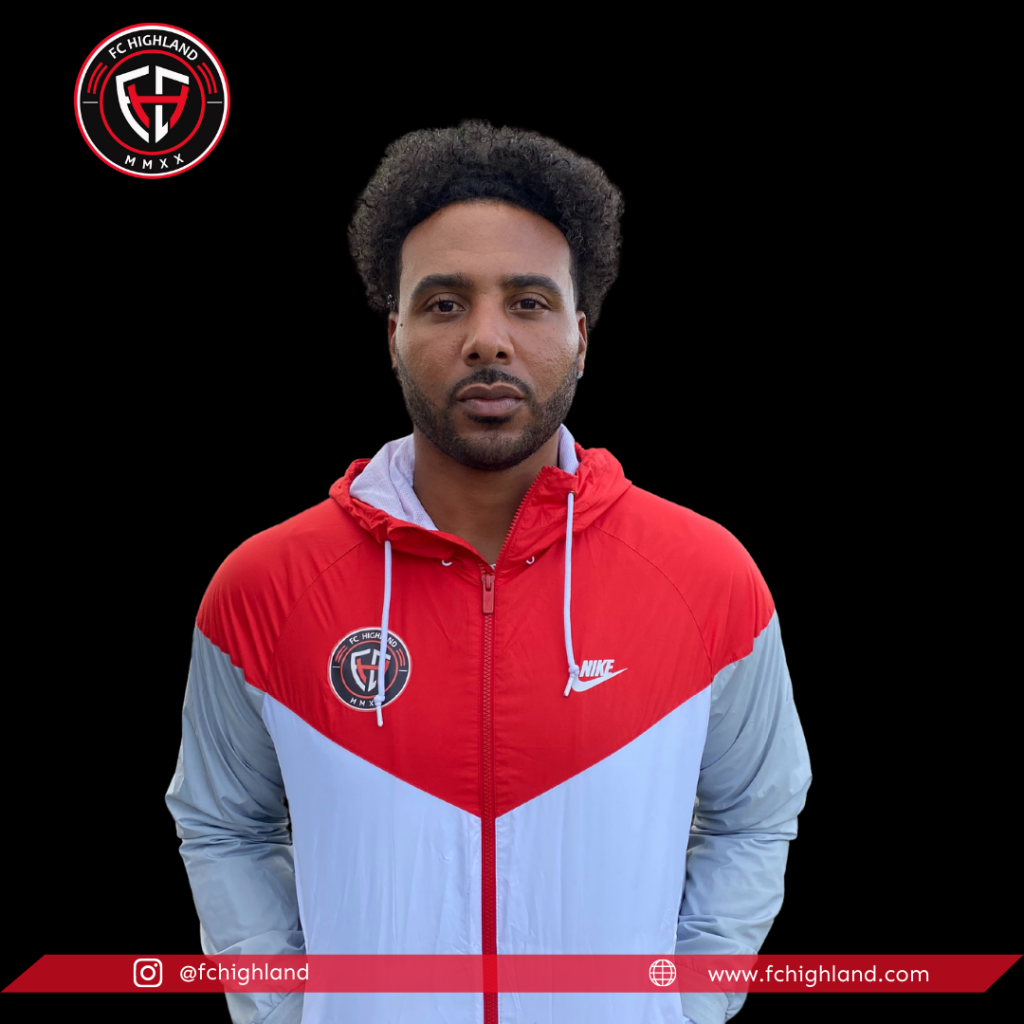 Former Premier League and Orlando City star Giles Barnes recently ended an outstanding playing career having represented clubs all around the world. He also played for the Jamaican National Team. Giles is an extremely talented coach who knows what it takes to play at the highest level and can teach his players the elite details that only those who have played at the highest level can know. Giles is currently doing his USSF B-License. 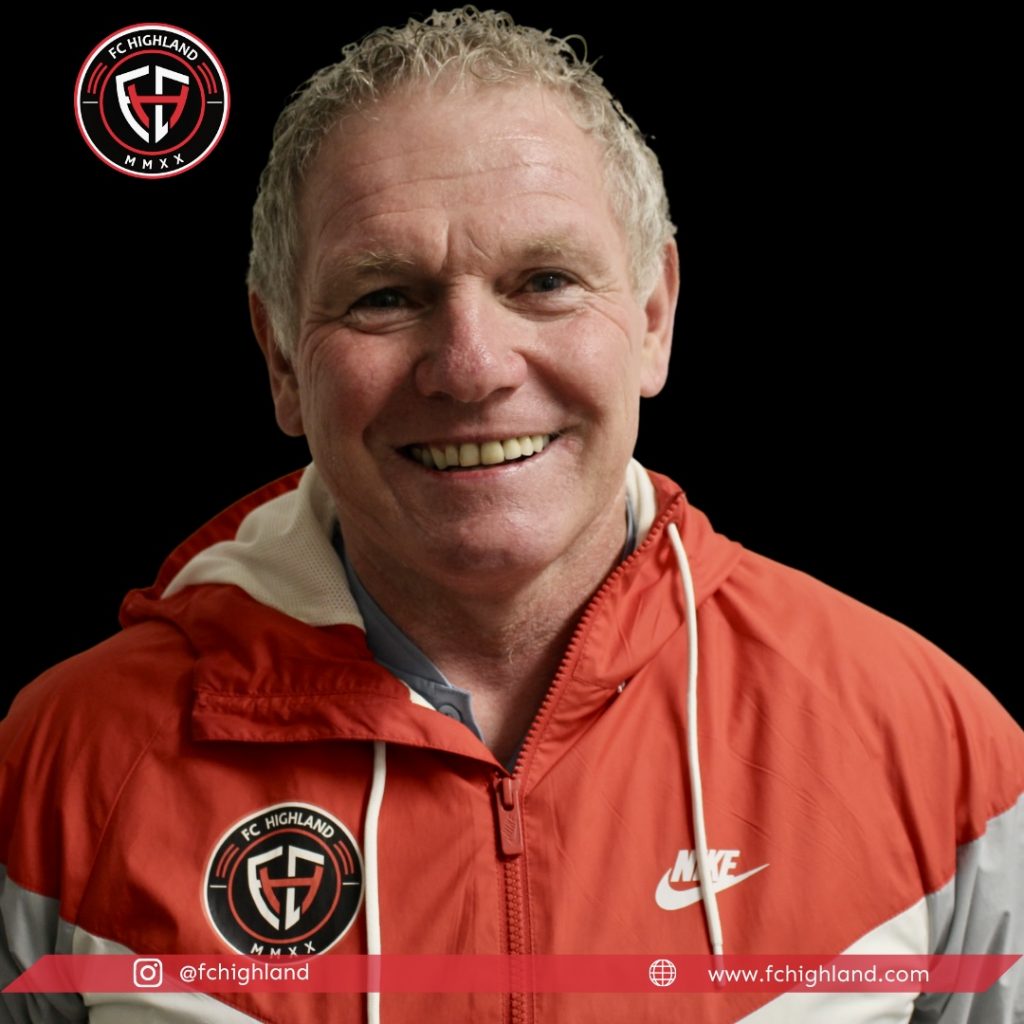 Keith Buckley has been the Head Coach of the Men’s Soccer program at Rollins College since 1991 after a successful playing career for the Tars. Keith was a 2008 inductee in the Rollins Sports Hall of Fame and earned his Doctorate in Education from the University of Central Florida in 2003. Keith is extremely experienced in working with young players and having coached at the college level for nearly 30 years, he knows what is needed to be a collegiate player. Keith has his USSF A-License 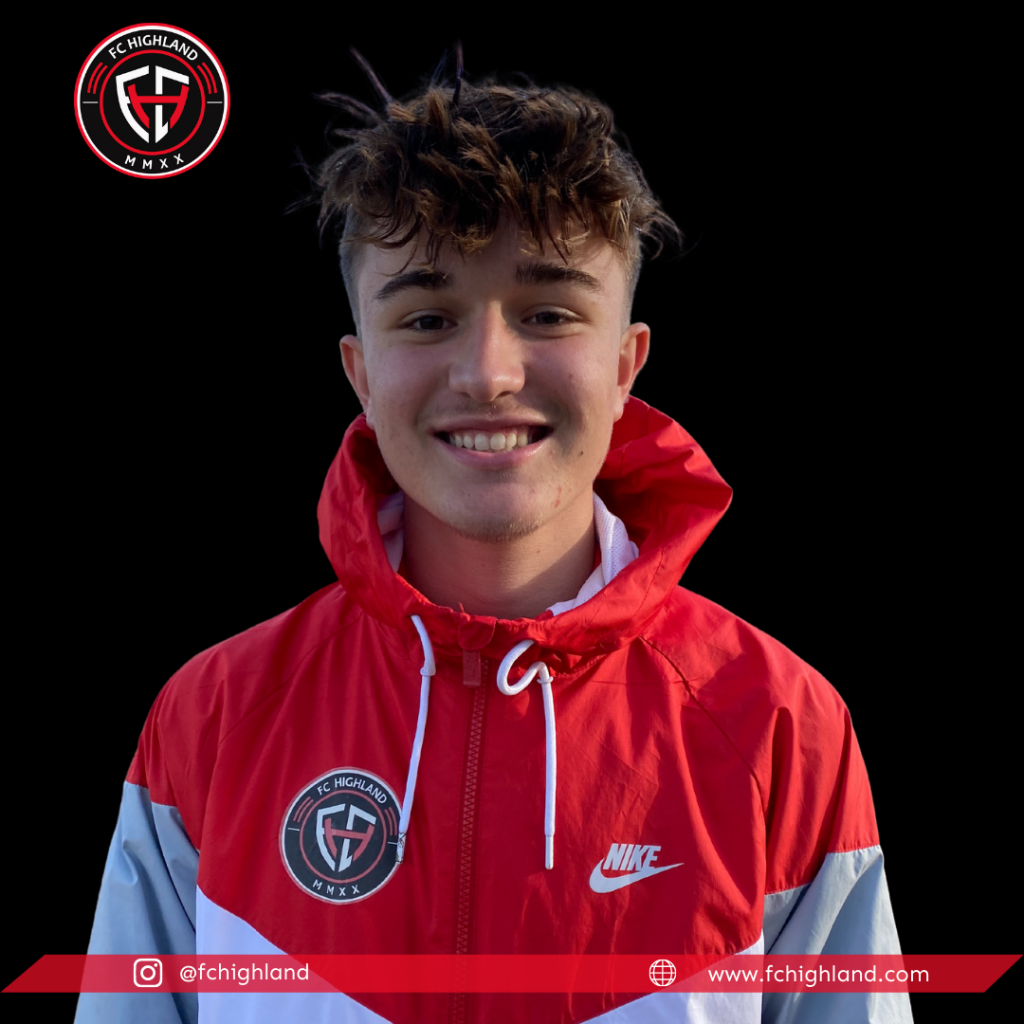 Eldian Burzić, born in Florida, with a Bosnian background, has been playing for FC Highlands U19’s since the club was founded in 2020, and is the clubs top goal scorer. Eldian also played for FK Orlando in the UPSL when he was 16. Eldian hopes to pursue a professional football career when he graduates high school and is enjoying coaching the younger kids at the club. He is very grateful to learn and grow alongside the clubs’ coaches and owners. 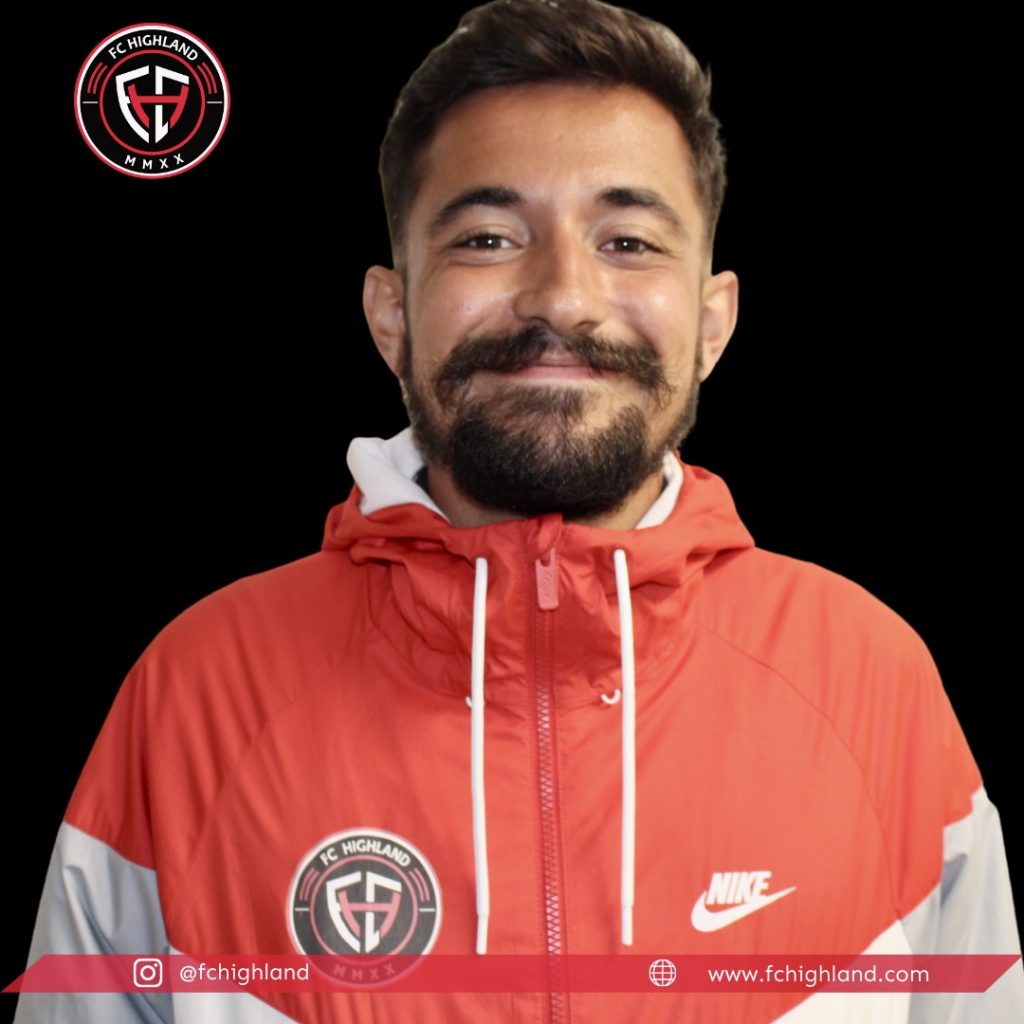 Orian Burzic is a native of Central Florida and is a graduate of Boone HS in Orlando. He played at both Daytona State College and Webber International University in Florida. He served as an assistant coach for the men’s soccer team at Webber and is the Owner, President and Head Coach of UPSL club FK Orlando. Orian is focussed on developing local players and his hard work and professionalism makes him a great coach for our FC Highland players. 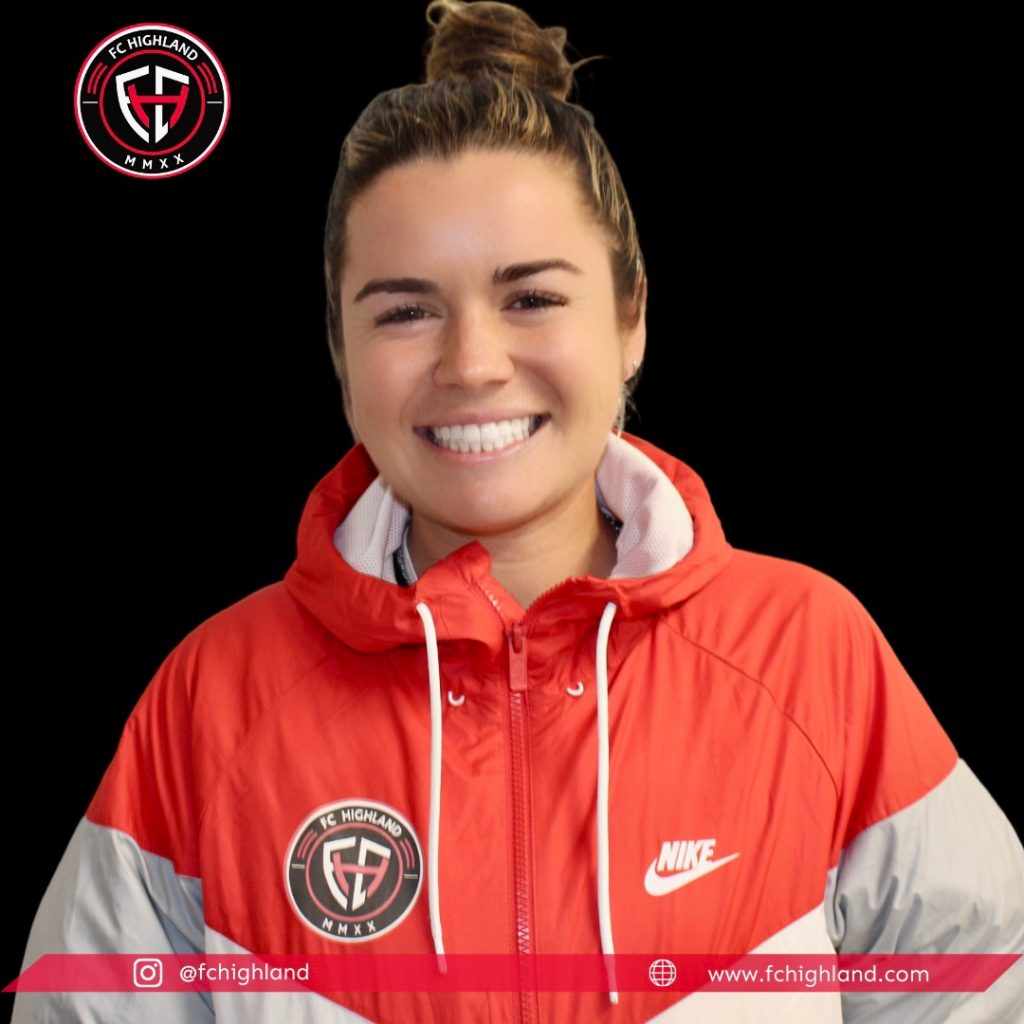 Former professional player Bridget Callahan played professionally for the Orlando Pride. After leading Chaminade-Madonna College Prep School in Hollywood, FL to back to back district championships in 2012 and 2013, Bridget attended the University of Central Florida where she became the only player in program history to earn both AAC Offensive and Defensive player of the week honors. During her senior season at UCF, Bridget helped the Knights clinch the 2017 AAC regular season title before graduating and joining the Pride. 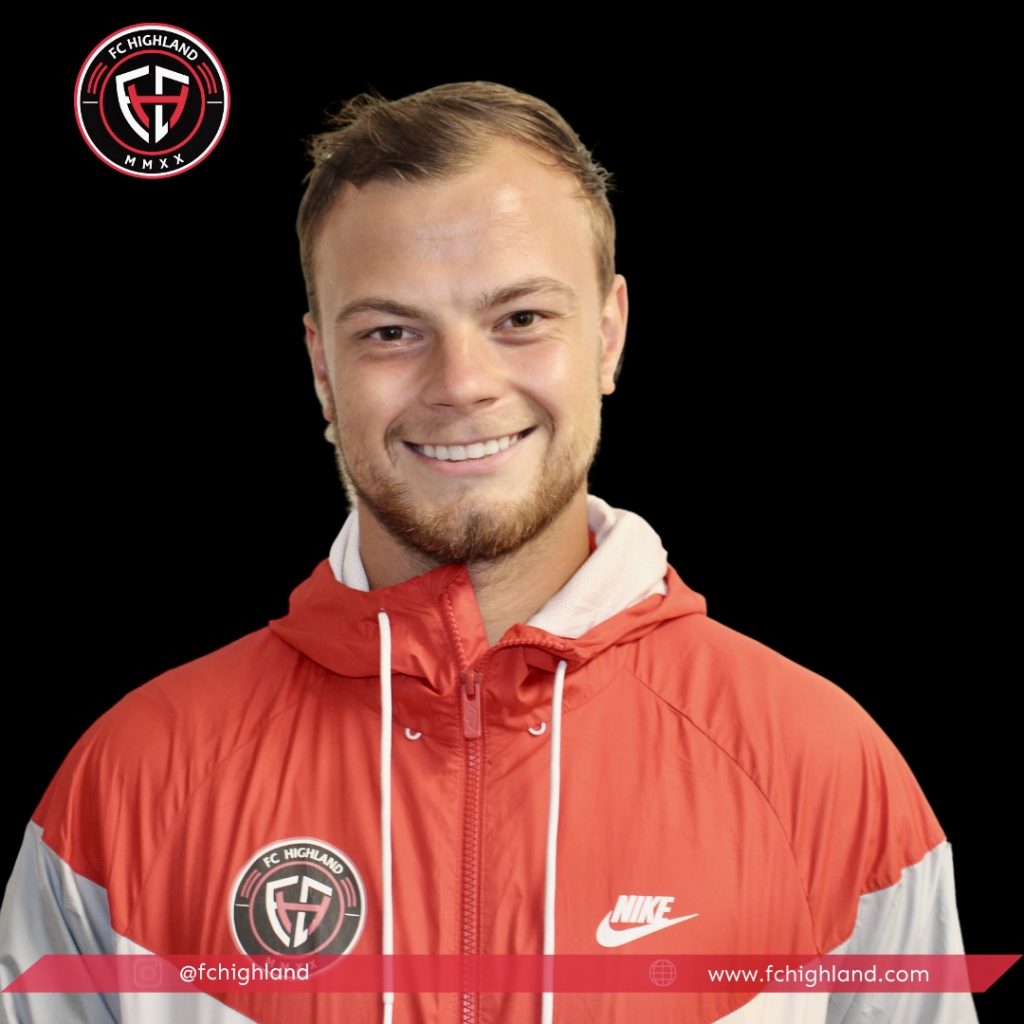 Max Dixon grew up playing as a goalkeeper with various academies in England and Wales, before attending college in New York where he began to focus on coaching. Max has worked with players of all ages, from goalkeeper specific training to working with teams and is eager to learn and develop his coaching career. He holds a FA level 2 coaching badge. 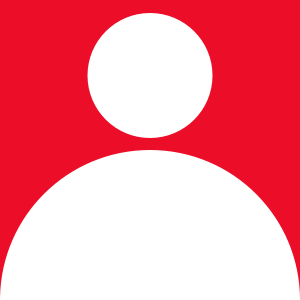 Kristen Edmonds is currently playing for Kansas City in the NWSL. After starring at Rutgers University from 2005-2008, Kristen then embarked on a professional career which took her to clubs in Iceland, Russia and the US. Kristen spent five years with the Orlando Pride before joining Kansas City in January of 2021. During her time in Orlando, Kristen worked with a number of young players and continues to mentor and be a positive female role model for many aspiring soccer players. 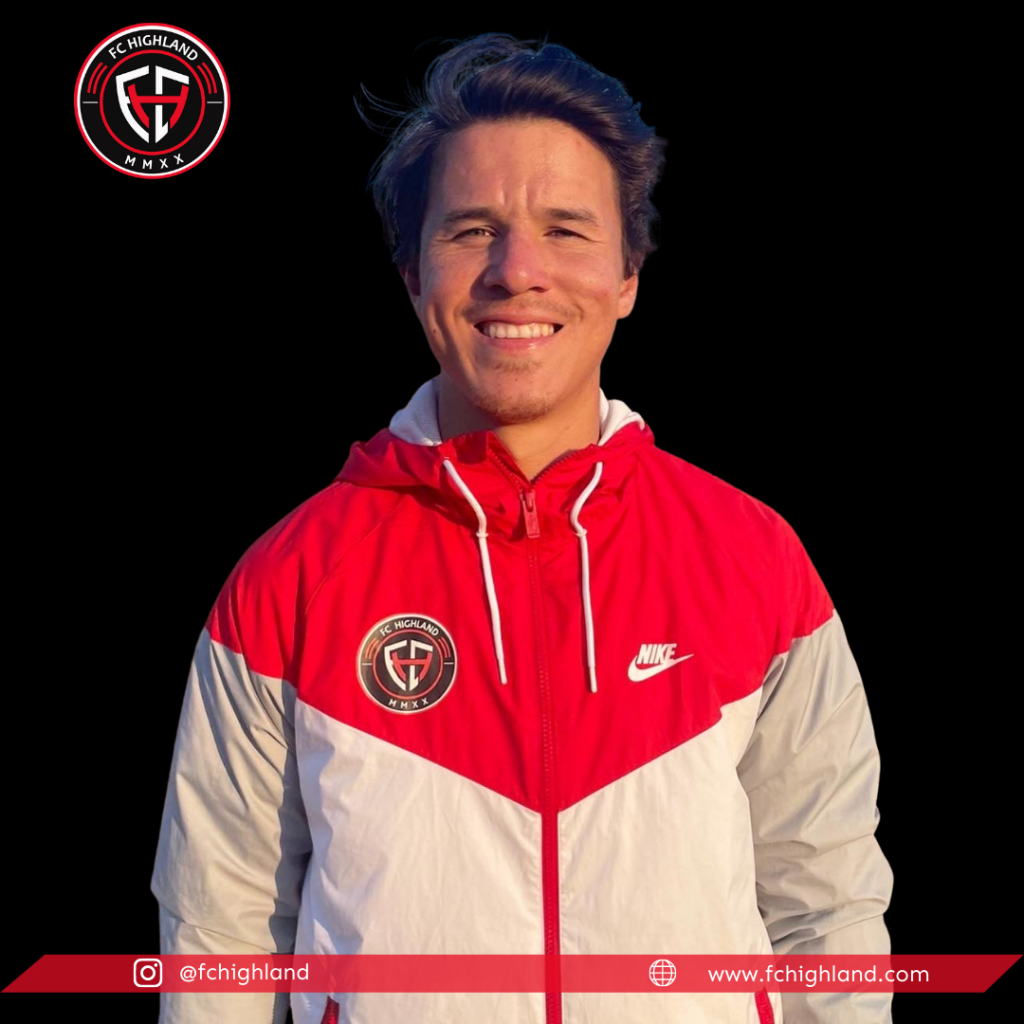 Fernando Galvis grew up in the Orlando area until age 15. He then relocated to Portugal to continue his youth development with Real Sport Clube in Lisbon. He lived in Colombia for 1 year playing with the under-17s of Envigado FC then relocated back to Portugal to finish off his youth career with Real. During his youth in Europe, he spent preseason with the likes of Sporting CP & Malaga CF and fell in love with the way the game was taught to younger players abroad. He has now dedicated all his time to help develop players in the central Florida area and give back to the game we all love. 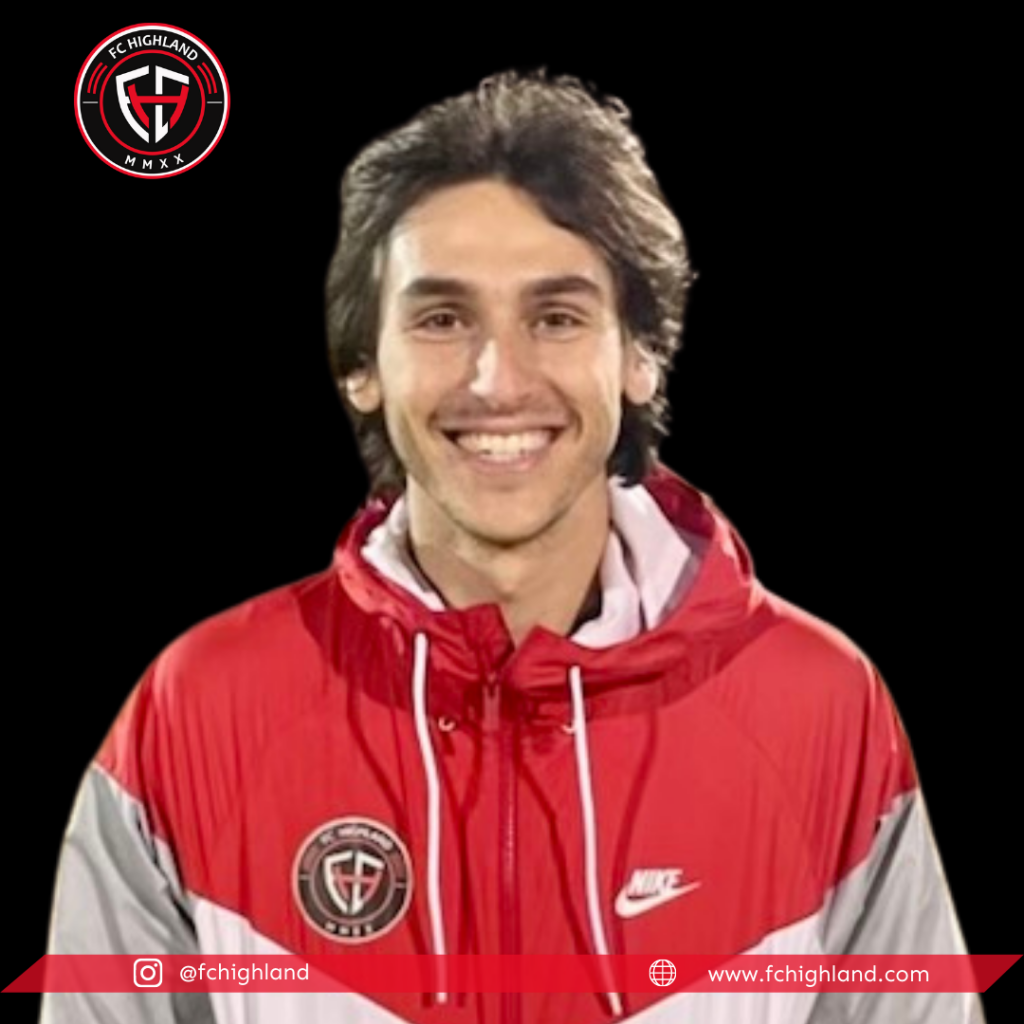 Michael Landau is a native of Brazil and Argentina who was born in the States. Currently, he is a graduate player for Rollins College Men’s soccer. At youth level Michael has experience in various top-level academies both domestically and internationally. Michael also has a wealth of experience coaching at the youth level and has always had a passion for developing younger players. Michael brings youth, energy, and experience to teach players how to become the best they can be on and off the pitch. 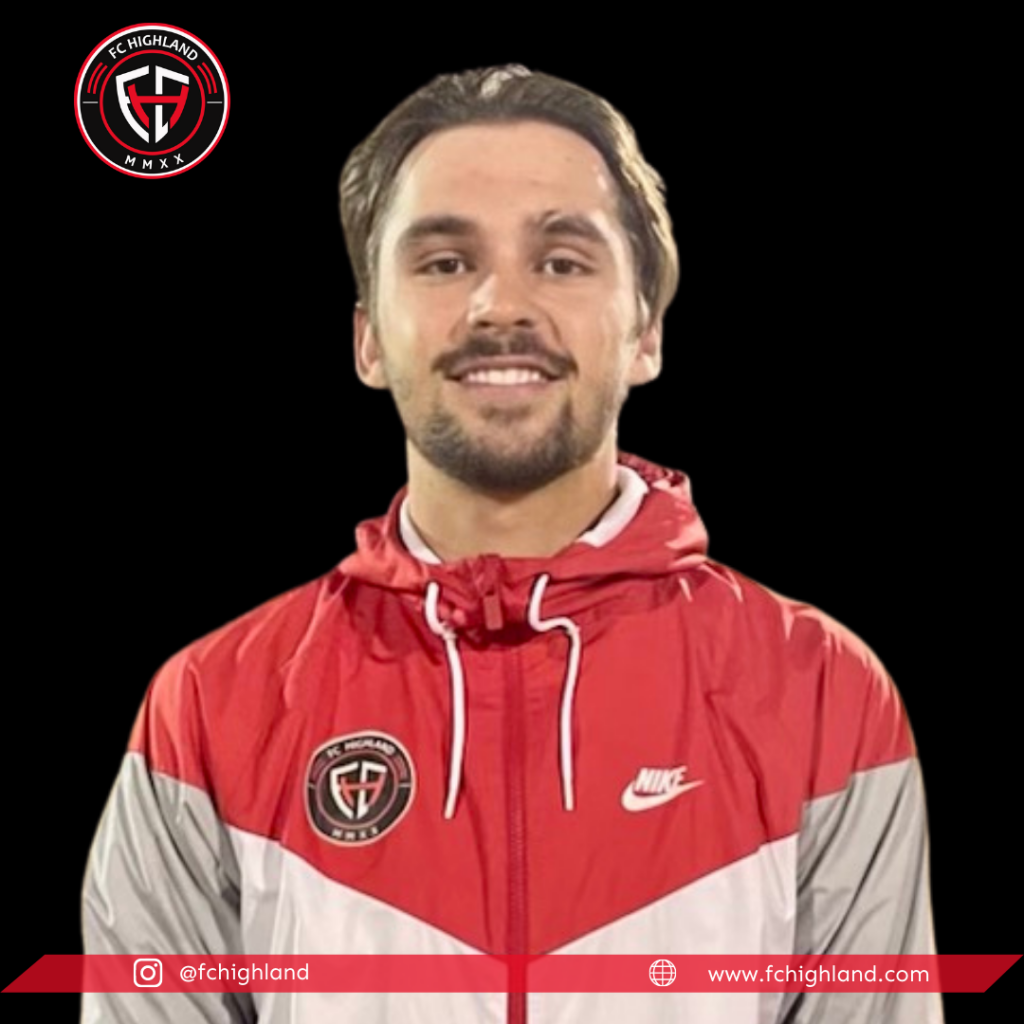 Read more
FC Highland assistant coach, Rex, began playing soccer in Spain until he moved to England when he was 10. He continued playing soccer at a high level and won a prestigious scholarship to the #1 high school program in England where they won the national high school league. He then pursued a college soccer career which led to him playing at Bates college in Maine.
Rex has recently relocated to Orlando where he’s looking to continue playing and further his knowledge of the game as an assistant coach, whilst sharing his passion. 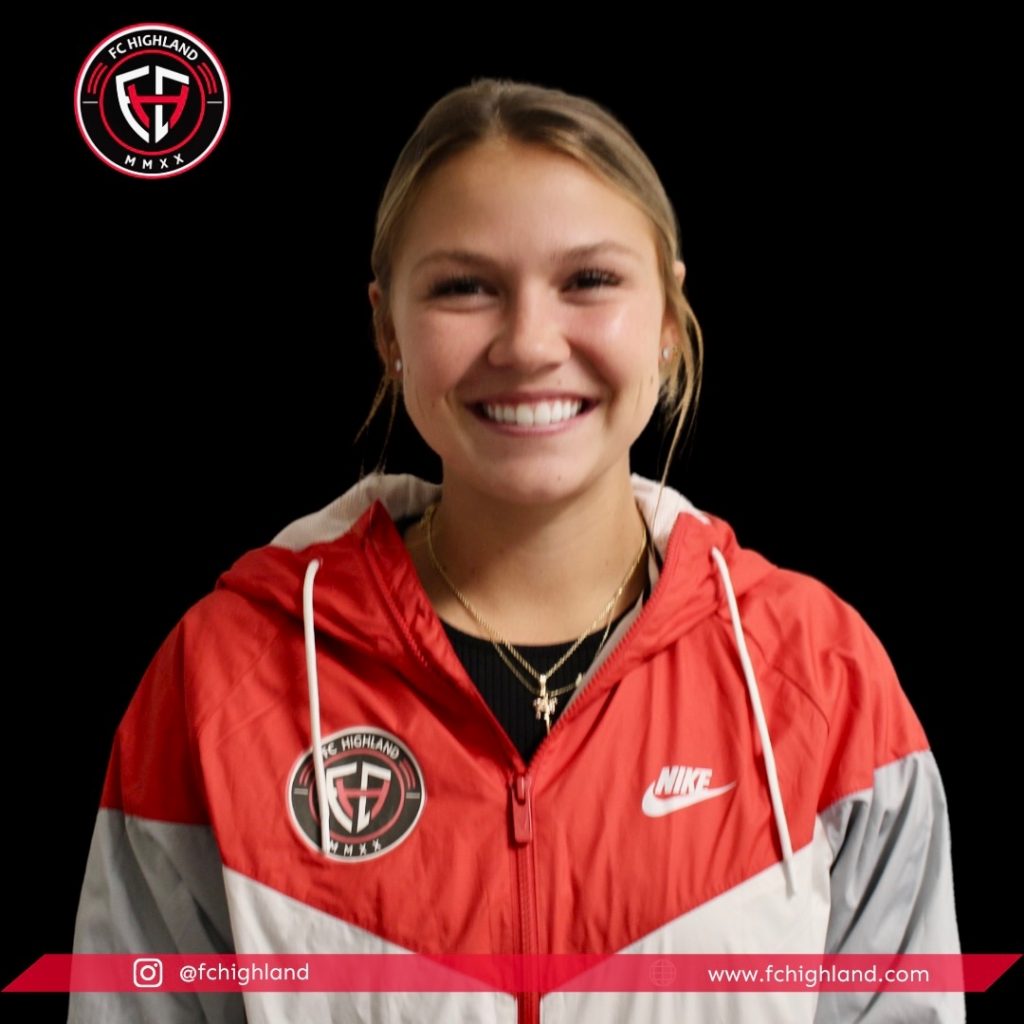 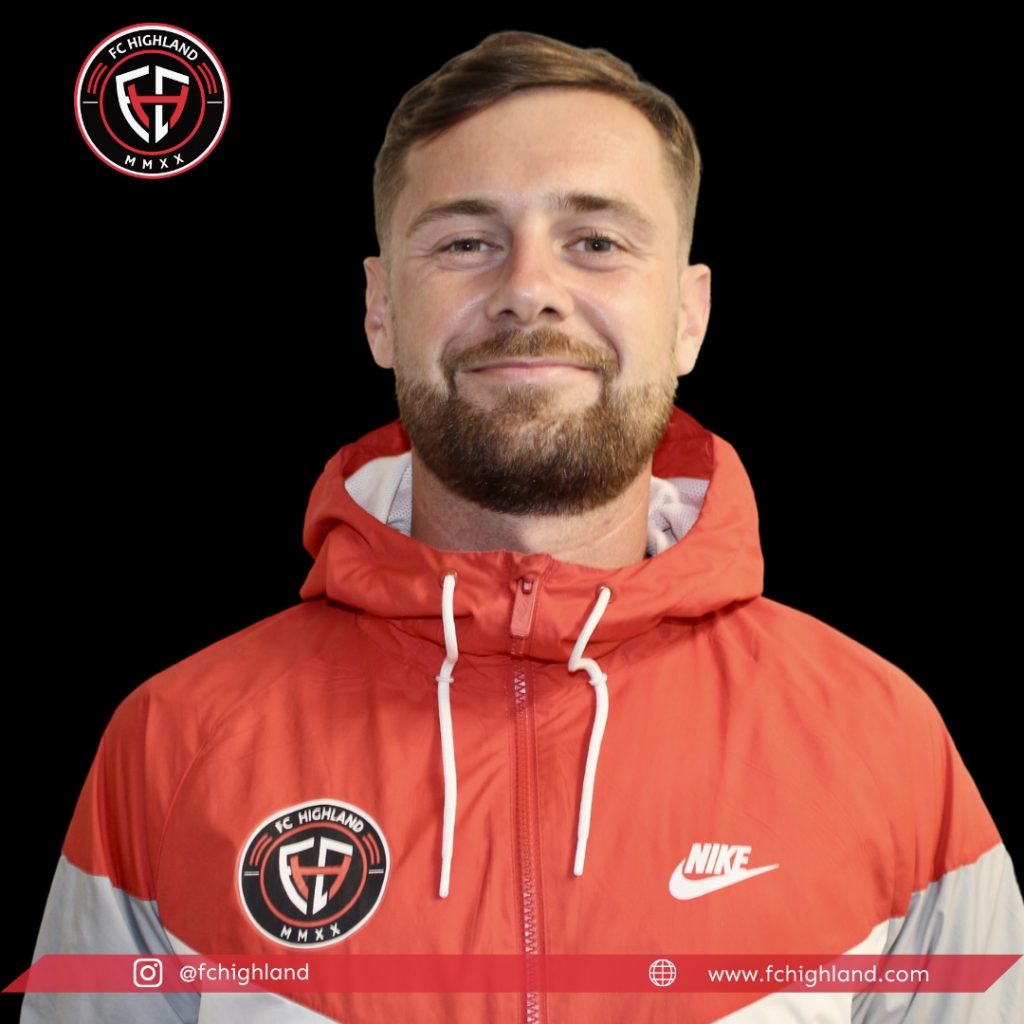 Stephen McGinn grew up in Scotland as an avid Hibernian and Celtic fan. He played in the Academy at Scottish club Dunfermline before joining Young Harris University in Georgia. He then played for Webber University where he also worked as an Assistant Coach. He played professionally for the Orlando SeaWolves in the Arena Soccer League. Stephen brings the highest level of professionalism to all of the teams he coaches and teaches the players to work hard while still having fun. 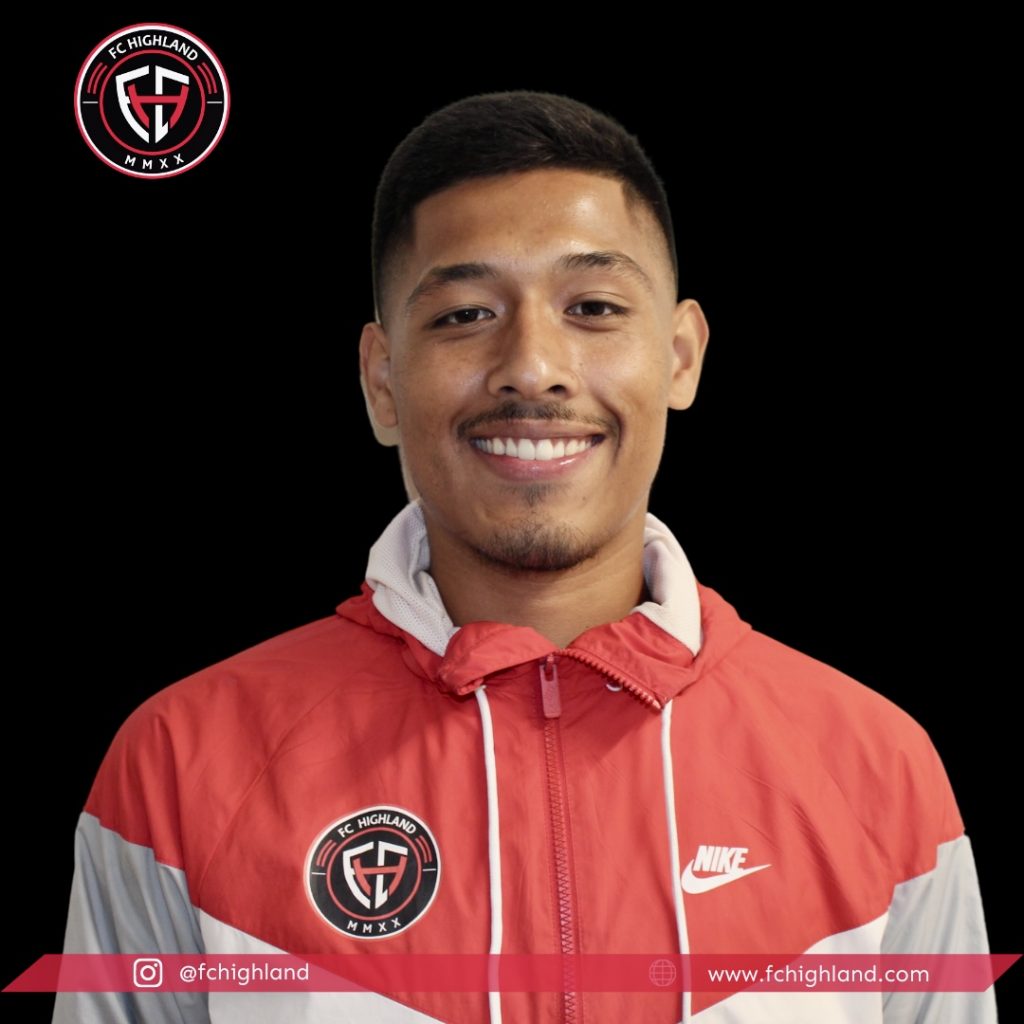 Bryan is from Palm Coast, FL and grew up playing in the West Ham Utd International  Academy and the Players Development Academy. Bryan played at Webber International University between 2018-2020 and now works as an assistant coach there where he is in charge of domestic recruitment focusing on players in the Central Florida area. He regularly attends and coaches at college ID camps and has extensive connections in college soccer. Bryan is currently completing his MBA. 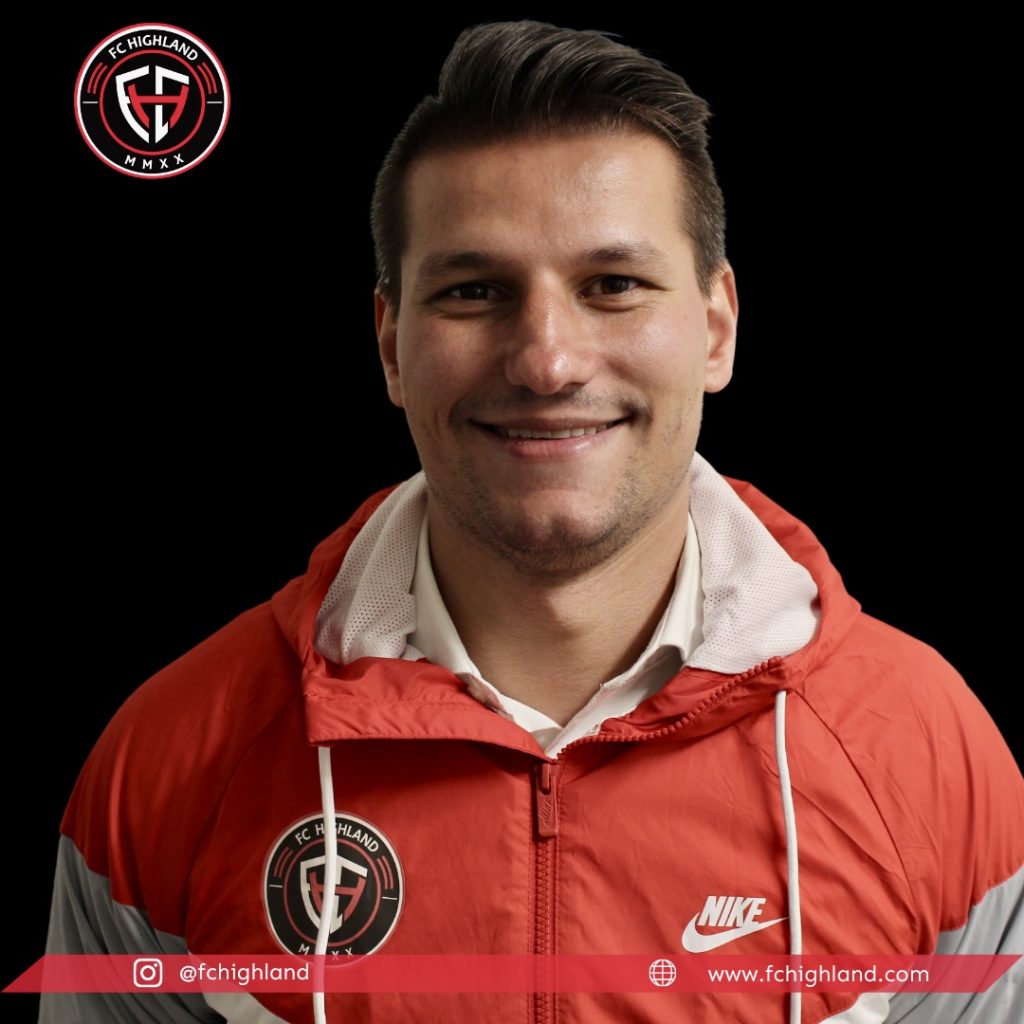 Marten Mueller was born and raised in Germany and came through the famed Hertha Berlin Academy and also played professionally for FSV Optik Rathenow. He then attended Rollins College in Orlando. Marten starred at Rollins before multiple injuries ended his playing career. Marten is an outstanding coach who runs great sessions and is extremely well liked by his players. 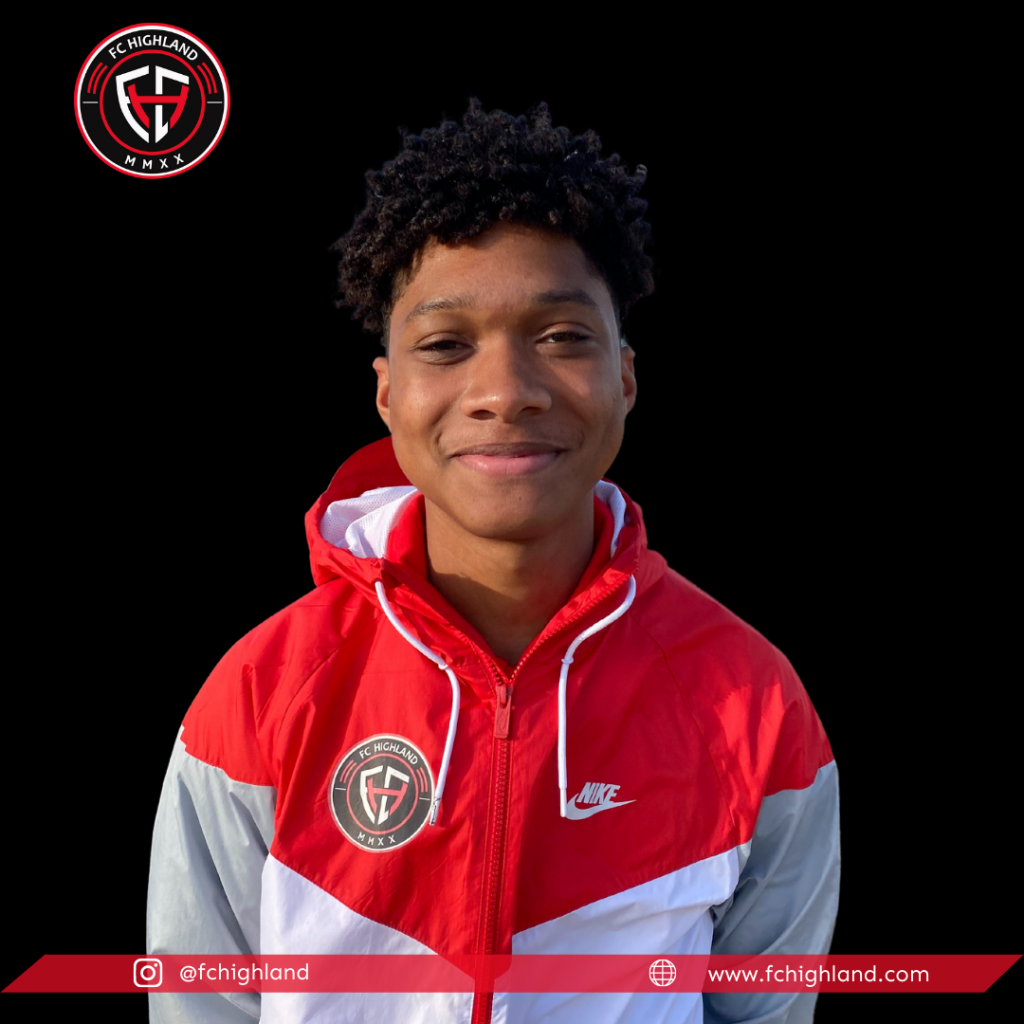 FC Highland assistant coach Jaden has been playing for FC Highland since the club was fouded. For the past 3 years, he also played varsity soccer at Apopka Highschool. Now, after graduating he has ambitions to play on an international level but in the interim is enjoying assistant coaching at FCH and is grateful for this fun and fulfilling experience. 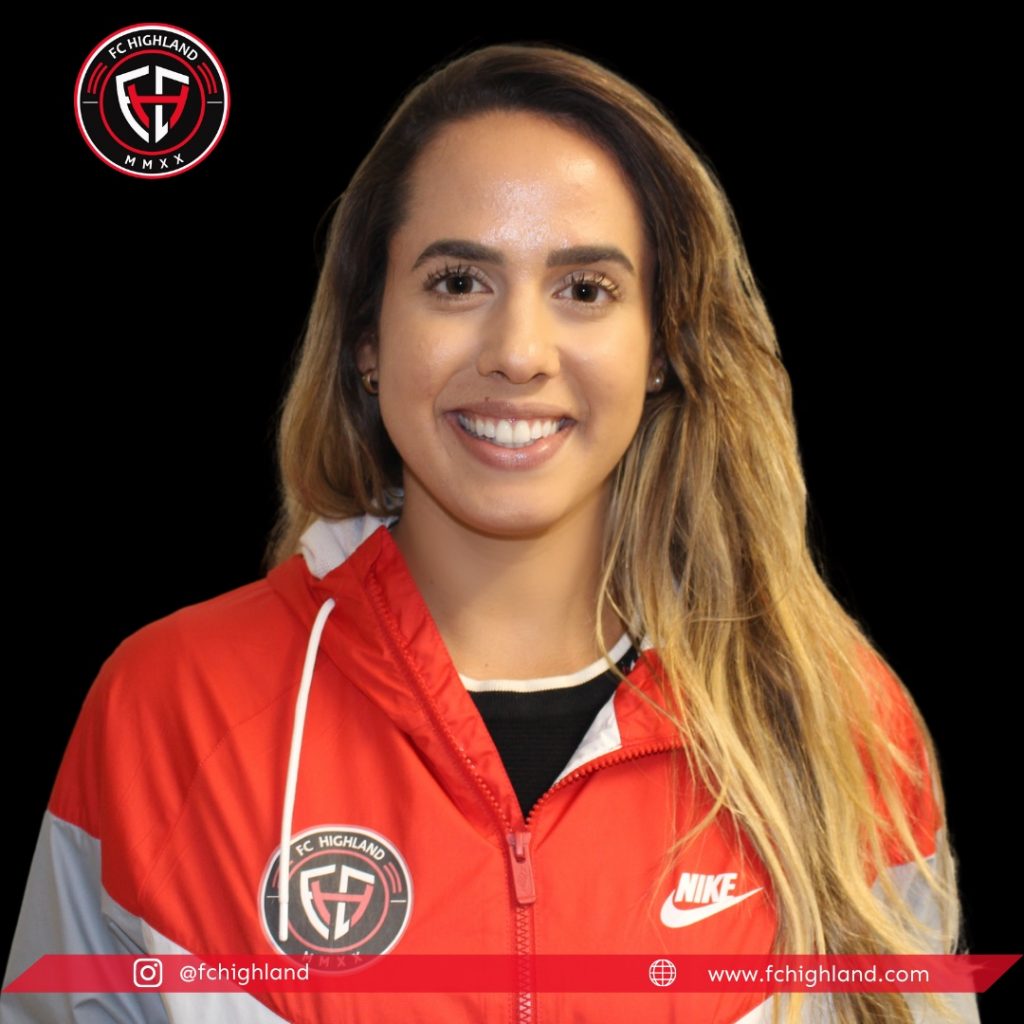 Duda grew up in Manaus, Brazil and moved to the US to attend the famed IMG Academy in Bradenton to play soccer. She then played for Stetson College where she served as team captain in her senior year. She then played professionally in Brazil for EC Iranduba before moving back to Orlando where she works as a Communication Specialist & Content Creator for Orlando City SC. Duda has a great way with her players and does a great job in creating a positive and enjoyable environment for them to learn in. 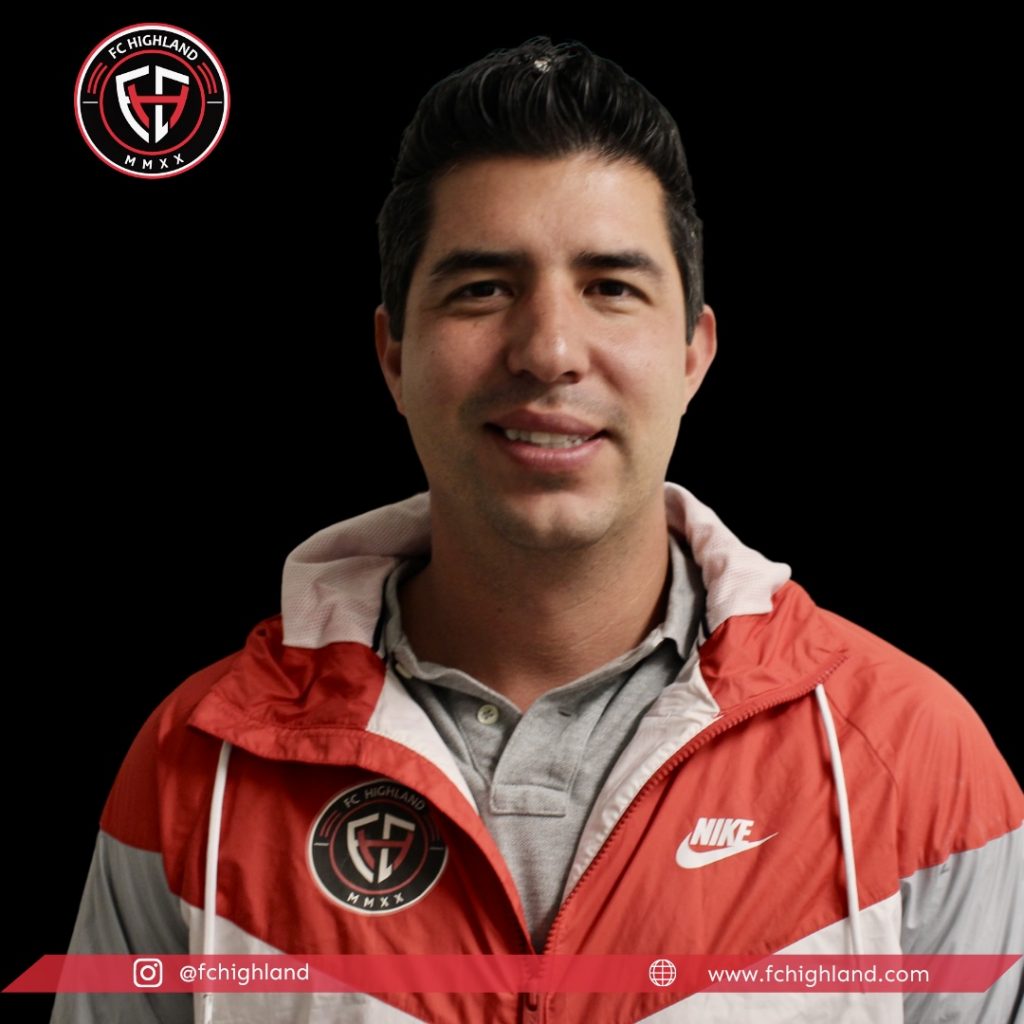 Mike was born in Dallas, Texas and raised in Bavaria, Germany where he developed his love for soccer at an early age, while playing in the youth academies for BSV 98 Bayreuth and SpVgg Bayreuth. After moving back to the US, he attended the University of Florida and graduated with a Master’s in Civil Engineering. Mike has played in the Central Florida Soccer League for the last 13 years and brings his passion for the sport to every training session. Mike coaches his oldest daughter on the 2011 Girls team at FC Highland and coaches his youngest daughter in a developmental league. Although Mike runs his own Transportation Engineering firm in Winter Park, he has continued to always find time to serve as a youth soccer coach since 2016. 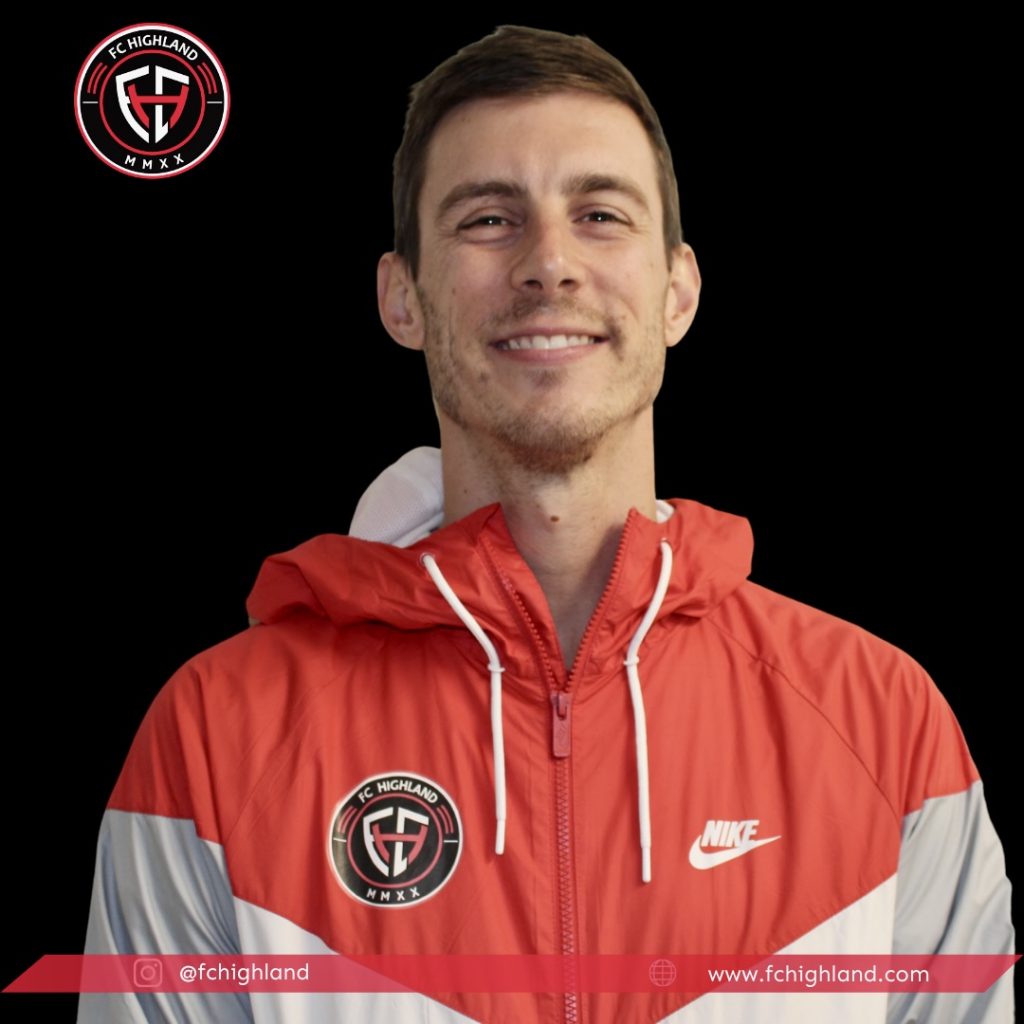 Dave Schaeffer is a multi sport athlete who played soccer and tennis at Alvernia University in PA. Dave is an expert at working with young players and does an amazing job of providing a fun environment for his players to learn in. His infectious enthusiasm and positivity makes him an extremely popular coach with players and parents alike. Dave coaches the middle school girls team at Lake Highland Prep with his wife Lauren and the Highlanders are the 4 time reigning Greater Orlando Athletic Conference (GOAC) champions.

Khano is a coaching consultant for the club who helps our coaches develop their own coaching profiles. Khano played professionally for over 10 years and played over 100 games in the MLS for the New England Revolution and the New York Red Bulls. He also represented his native country of Bermuda for nine years. He has his USSF A-License and has coached at the professional level since 2016. Khano was an assistant coach for the Orlando Pride before taking up his current role as assistant coach of Birmingham Legion FC in the USL Championship.

Born and raised on the outskirts of London, England, Simon grew up playing in professional development academies and played for Portsmouth Football Club in the UK. He then came to the US on a soccer scholarship to Rollins College. Simon was a standout at college before attending law school at the Stetson University College of Law. Simon now runs the Wiseman Law Firm but his passion for soccer keeps him involved in the game as a coach.

Everton is coming to FC Highland from June 13-17!

Our CEO Jeremy Christie and Director of Coaching,